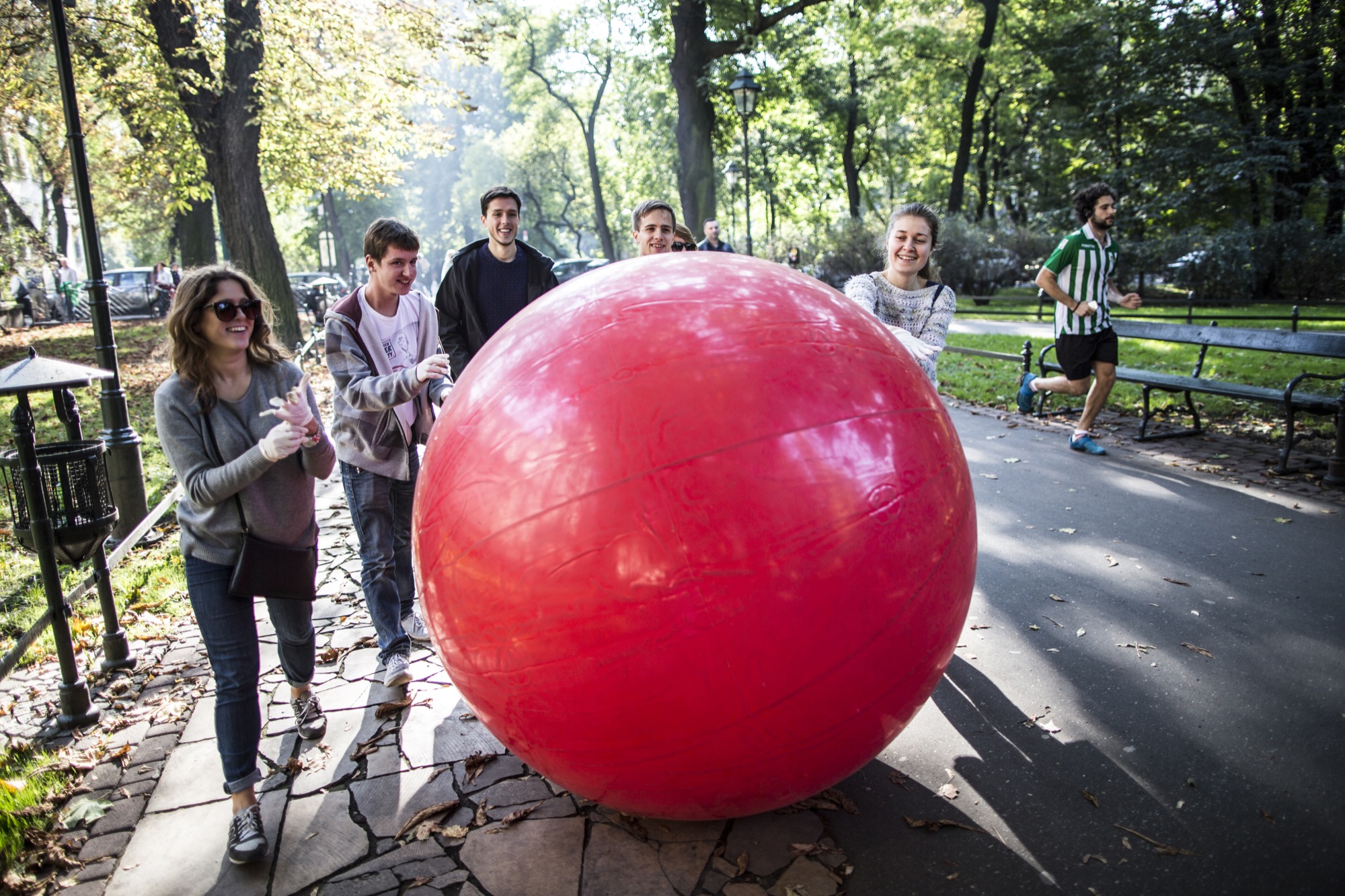 The aim of the game is to roll a gigantic transparent ball across the city while recruiting more people on the way to beat the current record and contemplate on the burden of history.

How much history, embedded in your personal items, burdens your future?

Martin somehow managed to combine his passion for video games with his architecture degree. Currently he lives a double live as a freelance game and interaction designer by day and independent game developer (for Sharkbomb Studios) by night. He's also co-founder of the German Indie Developer community Indie Arena and the Game Culture Club discussion group.

Jussi is a game researcher currently co-directing Games and Experimental Entertainment Laboratory Europe, Karlsruhe, Germany. Previously he worked for years at Nokia Research Center focusing mainly on game design patterns, pervasive games, and experimental game design for new technologies. He has authored or co-authored numerous conference and journal papers. He is also a co-author of Patterns in Game Design book and one of the editors of Plei-Plei!, a book about playful design.

Peg has extensive experience in aiding and abetting all manner of nonsense for/with public including staging her own games in museums, the creation of twisted immersive worlds for single audience members in obscure dilapidated buildings and outdoor workshops for hordes of Gypsy kids in Istanbul.