Generations is a mobile gaming app designed to be deployed over many centuries. Unlike a conventional video game, it is impossible to finish a game of Generations in your lifetime. The player decides to whom the game will be passed on and if one day they want someone to be able to reach the top of the level. Thus, the work raises at the same time a notion of digital heritage and the player's capacity to build their performance with long term strategy. Can we bequeath a save file in the same manner we bequeath a family photo? Can we have fun playing the game with the objective of allowing a distant heir to see the end of the game?

Designed on smartphone, Generations also raises the question of the obsolescence of particular digital media. Designed for use with today’s technology, it asks what happens in the future when the digital medium itself may seem unfamiliar. What will be the answers brought to this problem by the heirs of a game? Will they choose to export the save files to a new medium? Or will they prefer instead to consider the game and its current hardware as an integral whole, giving it a status of relic? The whole issue of the game is to leave these questions wide open to allow each participant to take a stand on those issues.

One Life Remains is a french collective dedicated to creating experimental video games. Nowadays, it includes a code cowboy, a sound agitator, a philosopher, a curator and a pro gamer. All of them work, in their own way, towards pushing back the frontier of video game paradigms. This approach make them question the status of game controllers, the relation between playing and performing or the patrimonial value of save files. One Life Remains creations are usually exhibited in galleries or festivals. 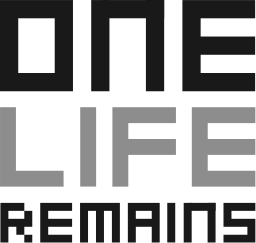