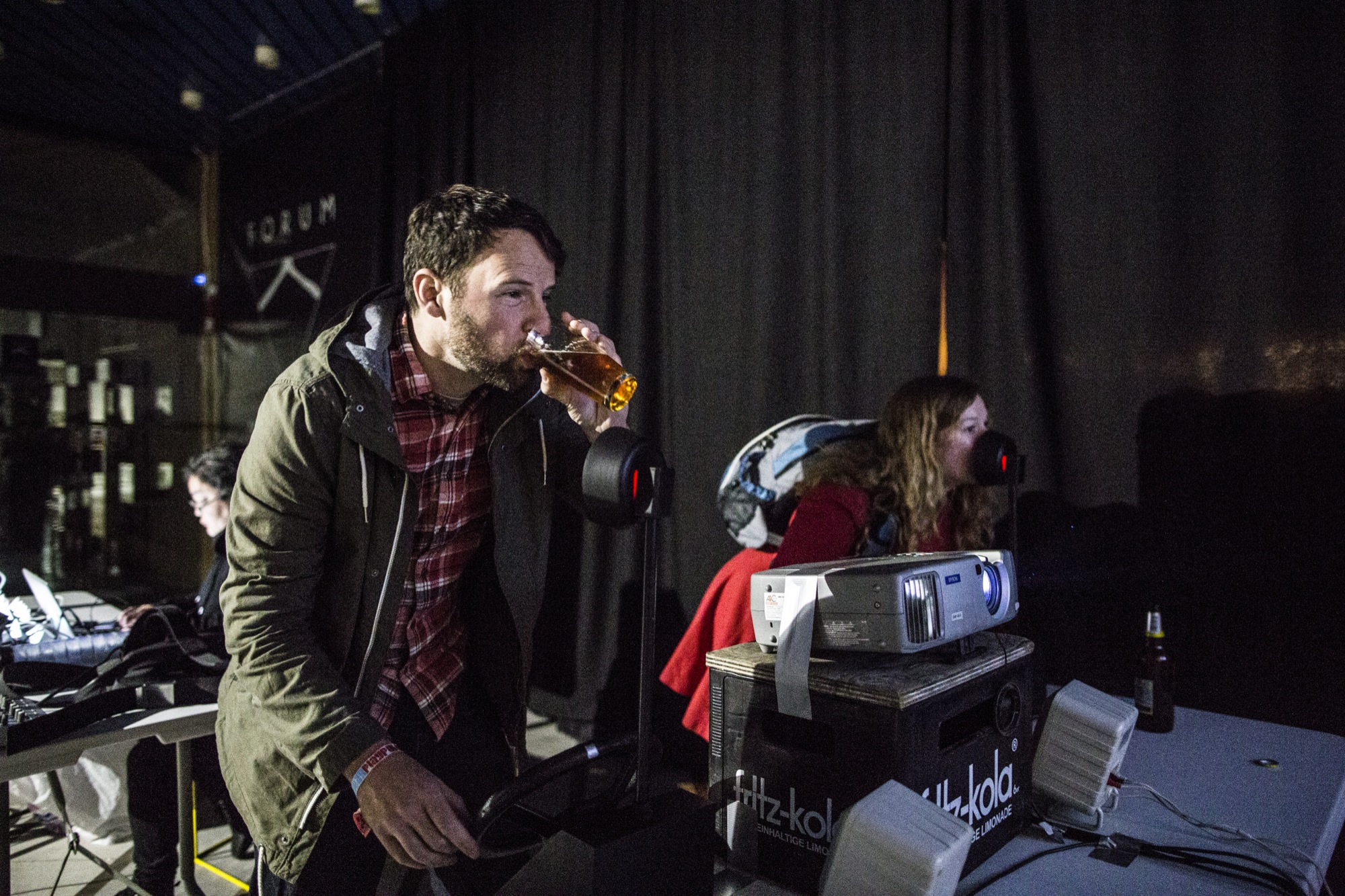 DonDonDonDon is a 2 player video game for alcohol enthusiasts. The game encourages participants to lose control though light competition. The game is set far in the future, where highly evolved, beer-loving cockroaches compete to capture satellites floating in space using alcohol-powered spacecraft. As the pilot of one of these ships, it is your responsibility to move the most satellites to your planet's orbit within 60 seconds, and restore transmission of the discovered human spiritual artifacts (cat videos) to the televisions of your planet.

Can there be anything better than overconsumption, chaos and conviviality?

SaBa is a series of collaborative projects created by Sam Sheffield & Barry Whittaker. Currently based in Baltimore, MD and Toledo, OH, Sam & Barry develop interactive work inspired by a variety of media ranging from Japanese television and history to internet memes and game theory.