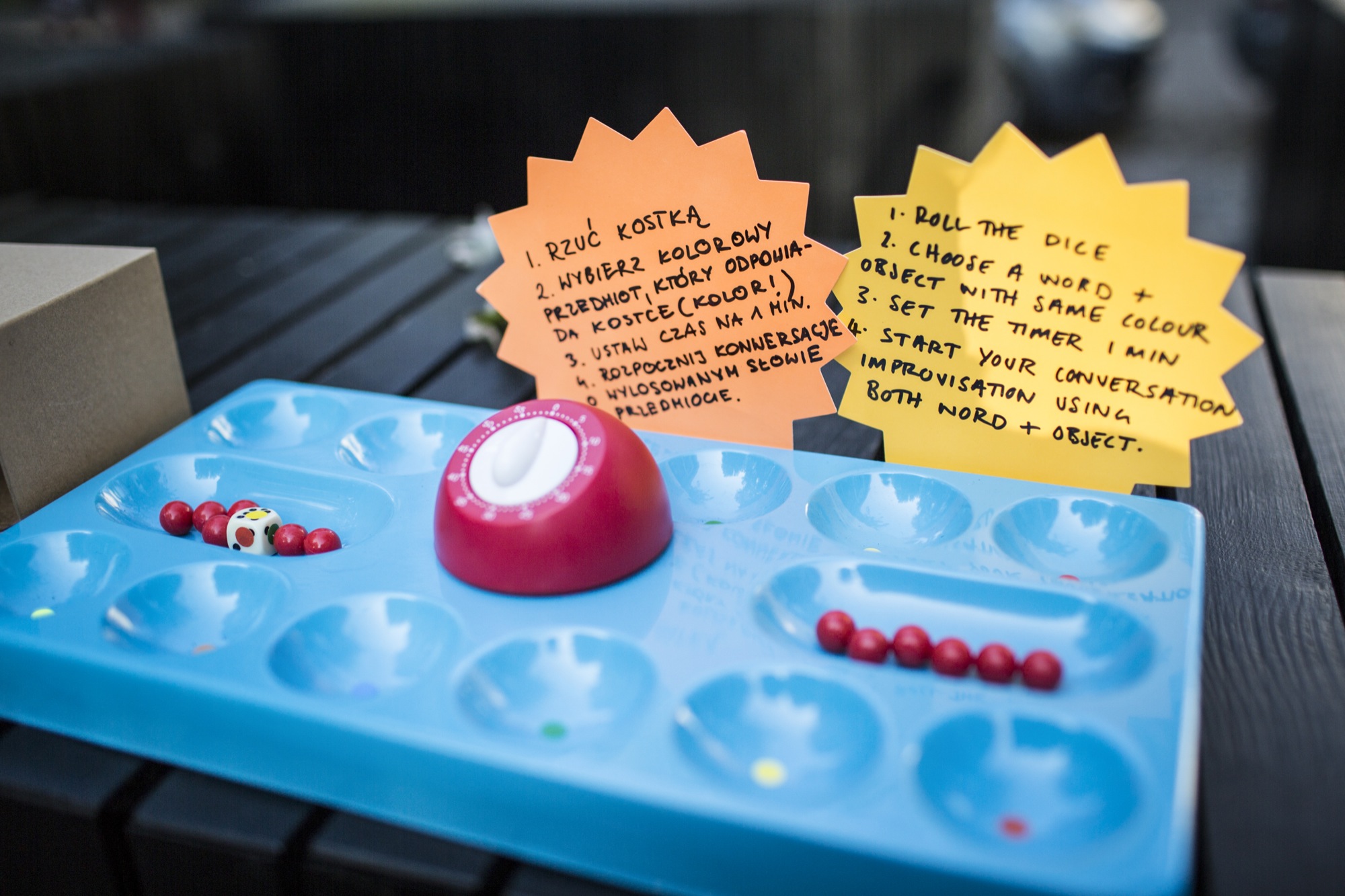 This is one of a series of game lab ideas I have been working on since 2013. A re purposed roulette wheel marked with various topics and questions sits next to two lucky dip boxes of props and a one minute egg timer. On spinning the wheel and choosing a prop the two participants take part in a one minute improvisational conversational game. Exploring the intersection of liveness, play, narrative and performance. Exploring spatial relationships and philosophical conundrums through public/private encounters with various objects and built environments. Making visible through vulnerability these connections and how they intersect.

Studied at Goldsmiths Fine Art and Critical Theory going on to exhibit nationally and internationally in Norway, London, Wales, New York and Canada. Ten years expertise of working with some internationally renowned organisations such as Arnolfini, Tate Modern, V&A, British Museum and BFI. Bringing an emphasis on practice based research, positioned in a site specific context enabling a direct engagement with and through place making. Currently involved in a research project with Goldsmith University, also a contributor for the arts publication Studio International. Kate lives and works in London.